If you order a JayLabPro SmartShip product or any Combo Package, we will automatically ship you a new supply of the product or products you have ordered every month, starting 30 days after your initial order is shipped, and continuing until you cancel. The credit card you are using today will be billed the lowest available price for those product or products when your order is shipped, but shipping will be FREE. You may log into your customer account or call our customer service department toll-free at 1-888-9GETPRO (1-888-943-8776) between the hours of 8am â€“ 9pm EST Mon-Fri to cancel future shipments, customize the timing of your shipments, or change the credit card used for billing.

Your cholesterol levels may drop by a whopping 33 percent and you may also see improvements in liver triglyceride levels, which is superior to fish oil according to data from this short-term study.

More research is always being conducted to confirm and validate the existing research on krill oil.  This is common because the more studies that are conducted that duplicate results, the more valid the data becomes.

The participant’s liver triglyceride levels are dropping by 20 percent while using krill oil and just 10 percent for those using fish oil.

The researchers from the University of Salento strongly believe that this creates new opportunities for krill oil supplementation as a tool for preventing high cholesterol and blood fat levels (often called dyslipidemia).

This could point other research in the right direction in order to confirm this data as accurate.

The results of this study showed that the enzymes in the liver that are involved in the metabolism of fat were significantly inhibited by both fish oil and krill oil; though the effect was much larger for krill oil after two or three weeks.

The researchers suggested a higher potency of krill oil could lead to decreases in hepatic lipogenesis compared to fish oil during short two- to three-week periods.  Also, they believe that by preventing lipogenesis (which was observed in krill oil-fed animals) was most likely due in part to the decrease in liver concentration of both triglycerides and cholesterol.

Even though this study was conducted with animals, it is very encouraging and it is in line with the findings of a human trial studying the effects that krill oil may have in preventing metabolic symptoms in obese individuals.  These types of studies allow researchers to continue looking deeper even at a much deeper level (the mitochondrial level).


The Shocking Truth About The FISH OIL You Are Taking Now. Warning: Do NOT Take Any Fish Oil Until You Read This News

Journal of Animal Physiology and Animal Nutrition
Published online ahead of print, DOI: 10.1111/j.1439-0396.2011.01135.x
“A krill oil supplemented diet reduces the activities of the mitochondrial tricarboxylate carrier and of the cytosolic lipogenic enzymes in rats”
Authors: A. Ferramosca, L. Conte, V. Zara

Jaylab Pro was founded by Registered Dietitian Jayson Hunter. Jayson has been recognized as one of America's foremost weight loss experts by America's Premier Experts™. He has also been featured in USA Today for this accomplishment. Jayson is also a best-selling author having co-authored multiple books in health & fitness and business growth. Jayson and the Jaylab Pro team are proud to create content that helps improve the lives of millions of people around the world. We hope you enjoy it just as much as others have. 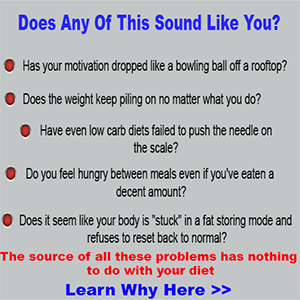